this freaky Russian Israeli can be happy these days and make his peace with some Israeli “authorities” because, once again, “justice” has been done:

The IDF, police, and Civil Administration rampage on . . . 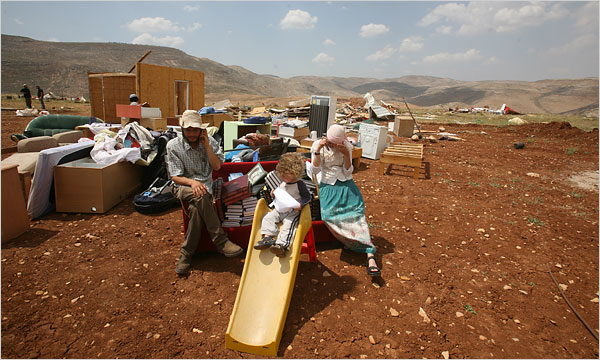 Giv’at Maoz Esther: a tiny community destroyed yet again. This picture is from a previous destruction.

It is appalling how our own forces continue to demolish Jewish homes throughout Judea and Samaria. Today the targets have been the Giv’at Zion in Gush Shilo, Giv’at Oz Zion at the Giv’at Assaf Junction,  and Giv’at Maoz Esther in Kochav Hashahar.